A nightingale sang in Berkeley Square

It's been ages since we've had a sing-song, and I can't think of a better song to sing along to right now than this.

It speaks of summer nights and romance, and paints London as a happy, hopeful place to be. Which I much prefer to the recent version we witnessed.

My favourite version is sung by the wonderful Vera Lynn. 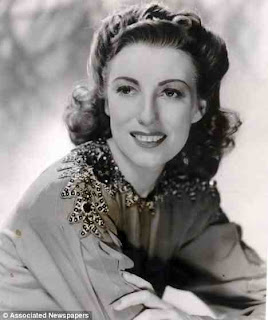 Here are the words if you want to sing along.

A Nightingale Sang In Berkeley Square

When two lovers meet in Mayfair, so the legands tell
Songbirds sing and winter turns to spring
Every winding street in Mayfair falls beneath the spell
I know such enchantment can be
'cause it happened one evening to me

The moon that lingered over London town;
Poor puzzled moon, he wore a frown
How could he know we two were so in love,
the whole darn world seemed upside down
The streets of town were paved with stars,
It was such a romantic affair,
And as we kissed and said goodnight,
A Nightingale Sang In Berkley Square

Our homeward step was just as light
As the tap dancing feet of Astair
And like an echo far away,
A Nightingale Sang In Berkeley Square
I know 'cause I was there, that night in Berkeley Square
Posted by freckleface at 08:26

Email ThisBlogThis!Share to TwitterShare to FacebookShare to Pinterest
Labels: song for the day