Oh dear. I'm struggling a bit. When the options are sort through old tools, clean kitchen cupboards or hoover up the cobwebs at the top of the walls, I confess to a distinct lack of enthusiasm.

So I took myself off for some light relief to see what this place has to offer. 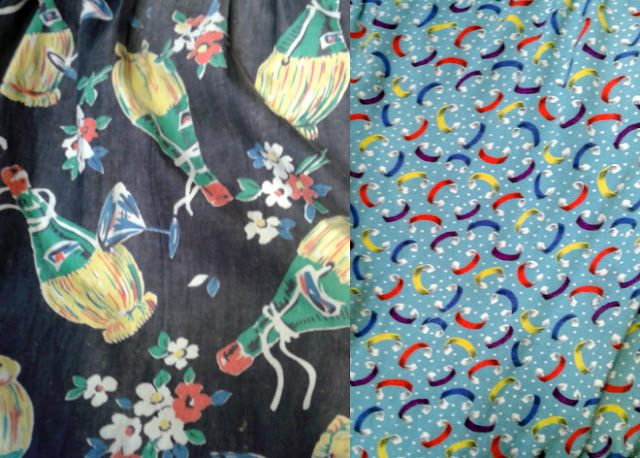 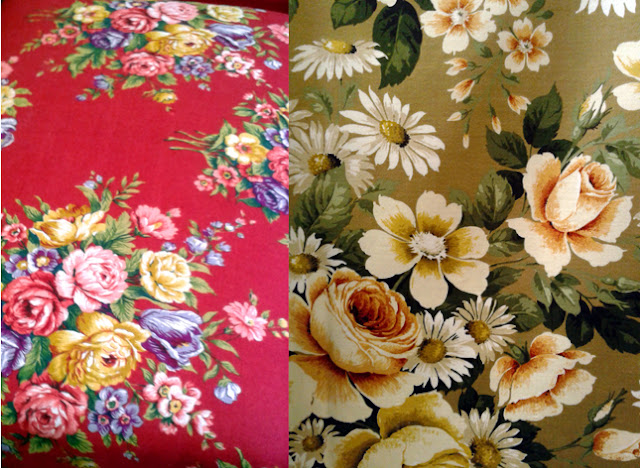 Posted by freckleface at 07:57 2 comments

So here I am down in the country at my mum's house, clearing things out. My arms are getting longer with each trip to the charity shop.

But as I give with one hand, I can't seem to help taking with the other. Here's a load of stuff for you Mrs Charity Shop Lady, oh and can I just have these few bits whilst I am here...

Today it all seems to be floral. I ummed and ahhed over this folk painted wooden bowl. I already have so many fruit bowls and most of the time they lie empty. But anyway, I succumbed and it turns out it is a mid century Russian Khokhloma bowl. Which is nice.

The little capodimonte flower trough will look good on the outside of my doll's house. As for the book, well, it was the cover that attracted me, such a lovely colour combination. According to Prima, it is 'Fatal Attraction with a twist'. I'm not expecting great things, but it will keep me out of trouble this week. 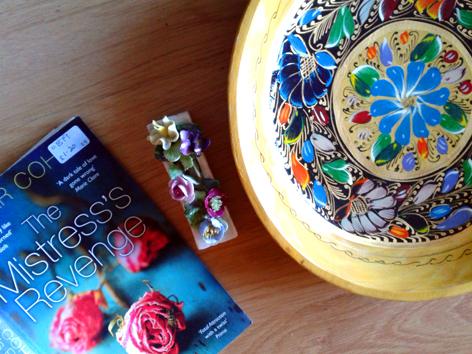 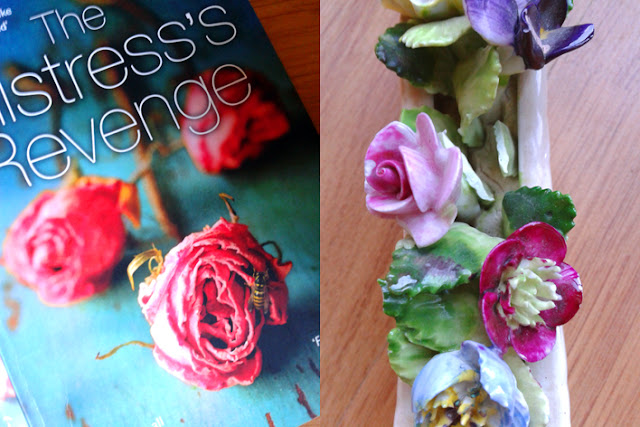 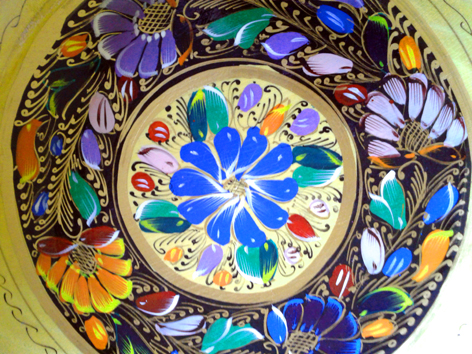 Posted by freckleface at 07:59 2 comments

I love this barometer. Whatever the weather man forecasts, he pronounces it fair.

Snow, well that's picturesque. Sunshine lifts our spirits. Rain is good for the garden. Wind blows the cobwebs away. Which fits well into the mindset that it is not the events in our life which matter so much, it is how we react to them.

I remember Mooji's words. When something bad happens, acknowledge it, feel it in the moment, then let it go. It has helped me. 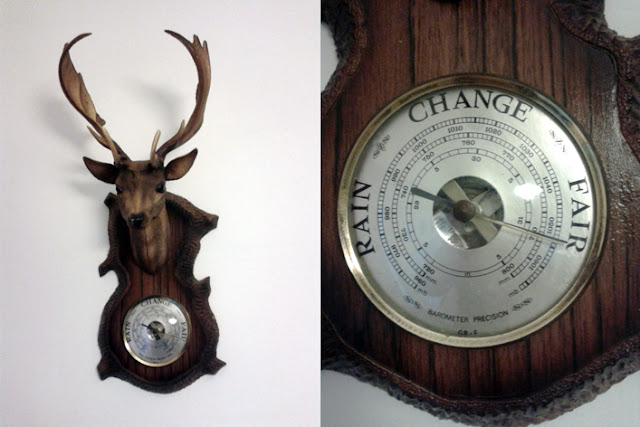 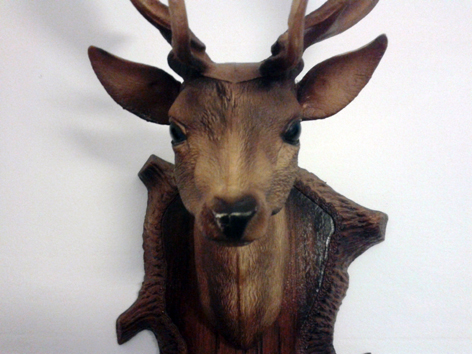 Email ThisBlogThis!Share to TwitterShare to FacebookShare to Pinterest
Labels: The home front

An easy to make treat which is really good for you.

I cut a knob of ginger root, about two inches long, then peel it and grate it on the big side of the grater.
Then I boil it in about a pint of water for about 15 minutes, strain it so that all the fibrous ginger strands are removed. Finally, I add honey to taste and serve. 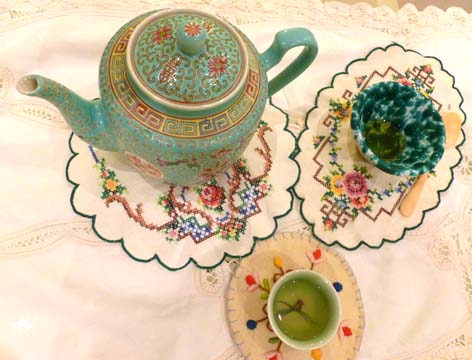 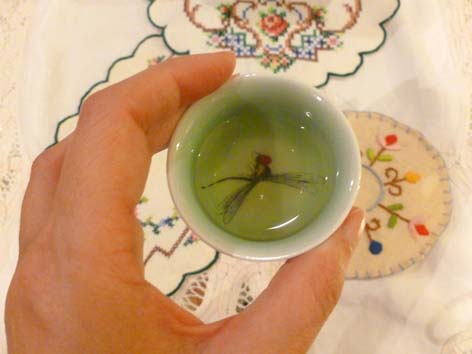 Posted by freckleface at 00:08 0 comments

There are logs stacked in our fireplace from the pear tree we had to take down in the garden. When I look at them I can see faces. I see an old babushka and her younger relative and they seem to be protesting loudly. 'Why are you on top of me, you are so heavy!' Or something to that effect. Can you see it? The face above them is sleeping peacefully, so I think they might just like complaining.

I imagine that before they came to live in my fireplace they lived somewhere like this.

Here is one of the pictures to whet your appetite. I love this. Folk art at its best. 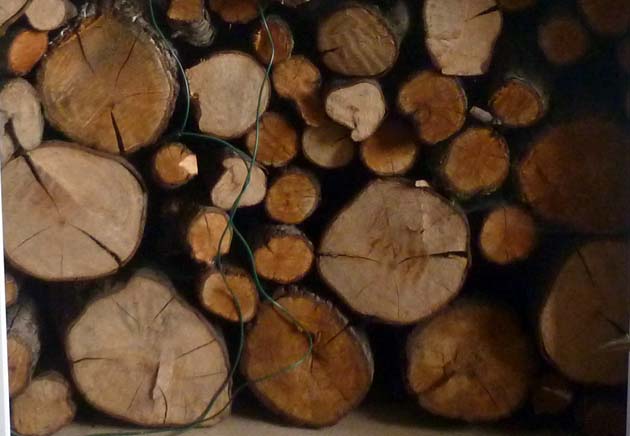 Posted by freckleface at 08:31 2 comments

Email ThisBlogThis!Share to TwitterShare to FacebookShare to Pinterest
Labels: a little anecdote, Works of art

Today I met a man

It was on the tram. I opened my eyes and he leaned forward. So his story started.

'I say duck, you could have a wife and family for this' he said, nodding his head towards his bag.

I smiled politely, but I didn't really understand, so he explained. "I've got five umbrellas in here' he said, 'as well as this one here. I've got six umbrellas, you see.'

Ah. They were big ones, all black, like golf umbrellas, with some writing on them.

'Why have you got six umbrellas?' I asked.

He sat back, happy to have shared the news of his good fortune.

But then his brow furrowed and he leaned forward again. 'I'll tell you what, if them coppers try to arrest me or anything, I'll go down to London to the Daily Mail and I'll tell them, if they try to stop me or anything.'

I said, 'I don't think the police will arrest you for having six umbrellas'. "They'd better not or them coppers better mind out.'

'It's been 27 years I've lived on my own, no partner or anything you know. It were my father, he chucked me out, didn't want anything to do with me. When he died in the year 2000 nobody wanted to know where he were buried, that tells you what kind of a man he were'.

'My mother, she had two sisters. They wouldn't have anything to do with her. They'd talk to me alright, but not her. A bad pair they were.'

'In 1983 he said, my father, he gave it to be known, so it was almost his express wish, he said he didn't want me walking behind him at his funeral'. I tried to soothe him, 'Families can be so difficult, can't they?'

'People have told me, you've got to stick up for yourself because nobody else will.' I agreed with him, 'You do', I said, 'you really do'. 'But I only speak the truth' he assured me.

Brooding silence for quite some time and I was worried that he was getting himself all upset because he was taking deep breaths. This was obviously a very emotional and painful experience for him.

He started to get ready to leave the tram, but just before he did, he told me one final thing.
'When my sister were pregnant, my father, he didn't want anyone to know, because of the shame. But he didn't get his own way, because I told his brother, that's what I did.'

I said goodbye and wished him well as he went on his way.

I wonder what will become of him, this sad, haunted man with mental health problems who grew up as part of a dysfunctional family in an unhappy household dominated by hatred and anger, which he has not be able to move beyond? I wonder who is there to look after him and to admire his umbrellas? I wonder how many strangers he shares his story with and what kind of a response he gets?
Posted by freckleface at 06:16 0 comments

A recent acquisition is this adorable folk people tablecloth. I bought it to make a pair to this for the patio next year, but I am not sure if I can bring myself to cut it up.

Collections on shelves and the last of the garden flowers. 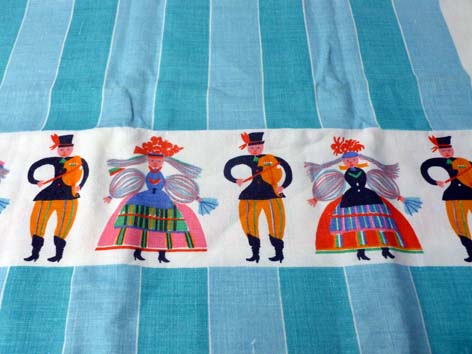 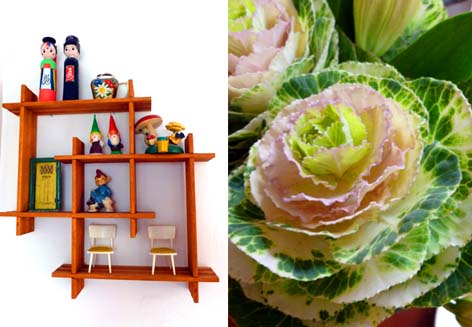 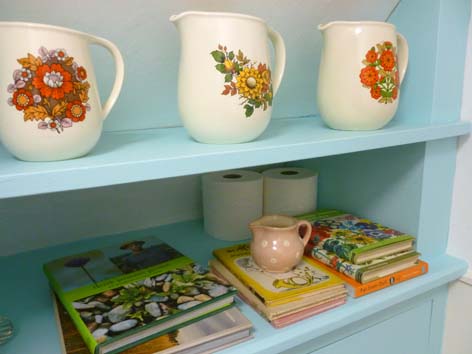 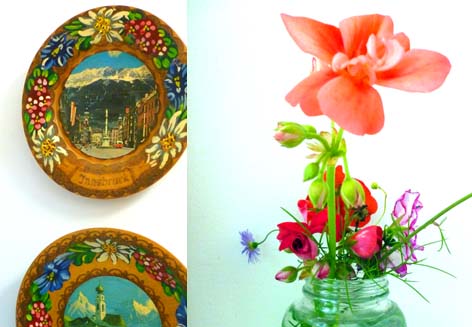 Posted by freckleface at 01:02 2 comments

Email ThisBlogThis!Share to TwitterShare to FacebookShare to Pinterest
Labels: The home front

I am just doing the planning for a halloween workshop I am going to be running in a couple of weeks for kids. Not sure how many we are going to get or the age range, so I'm keeping it simple.
Toilet rolls and autumn leaves. 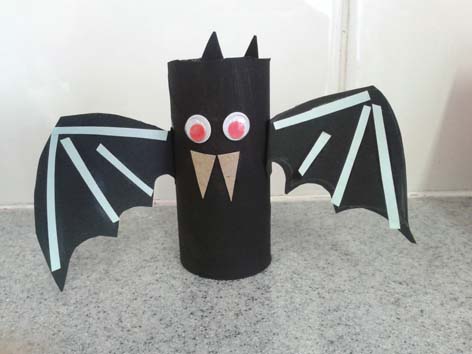 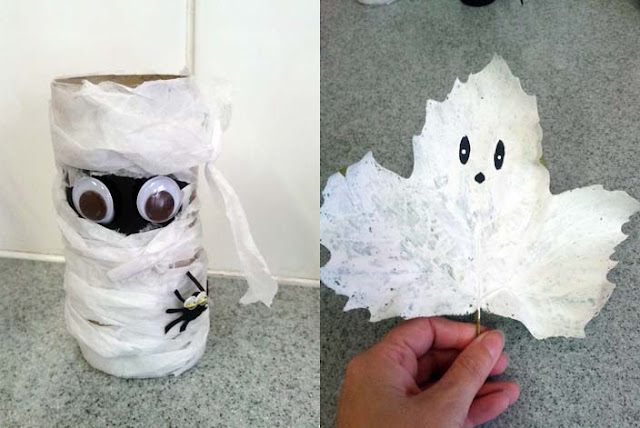 Posted by freckleface at 08:48 4 comments

Some people plant actual plants in the grave plot, so they will live even when the grave tenders no longer do. Others leave these fake flowers which soften and mellow over time. I love the old fashioned shapes and the faded, slightly dirty colours. 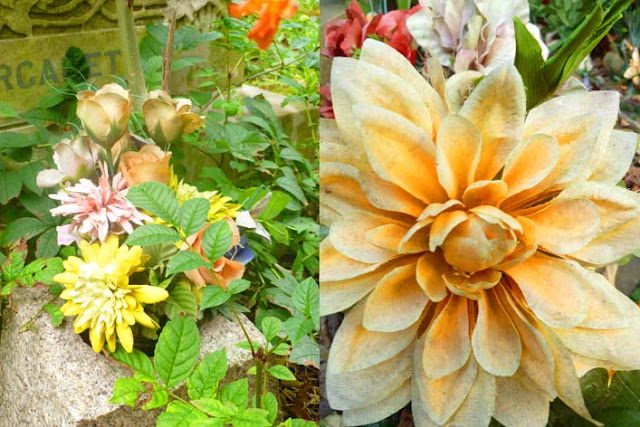 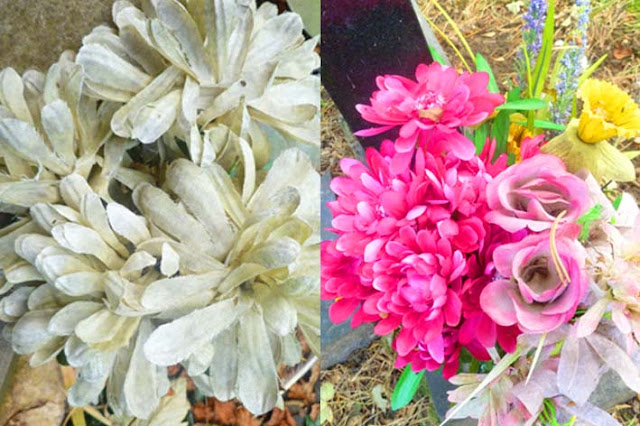 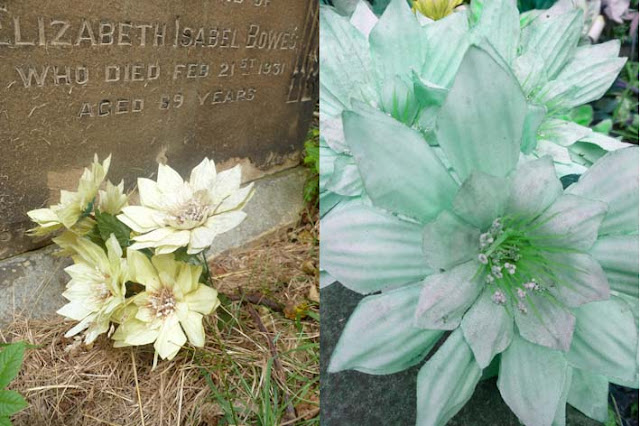 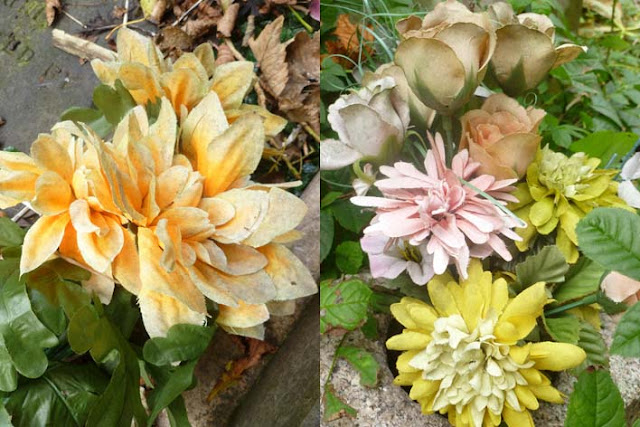 Posted by freckleface at 09:29 0 comments

Email ThisBlogThis!Share to TwitterShare to FacebookShare to Pinterest
Labels: flowers, out and about

Cemeteries have a certain fascination for me. I love to read the grave stones, to savour people's names and think about their stories. In this one:

George Salton, killed in action in Mesopotamia aged 31, buried in the English cemetery in Baghdad.

George Caft aged 60 who accidently drowned in the River Tees.

Moses Carpenter, a native American Indian from the Mohawk tribe who came to England as part of a travelling medical show selling cures. By the time of his death twelve to fifteen thousand people lined the route of his funeral procession.

People from different countries, who lived and died in different circumstances and at different ages. All of them treasured by someone, and all of them resting in a beautiful woodland setting which has become a local nature reserve. 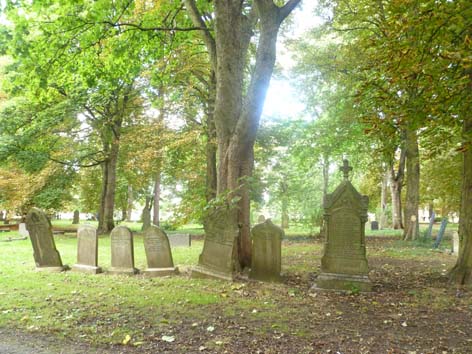 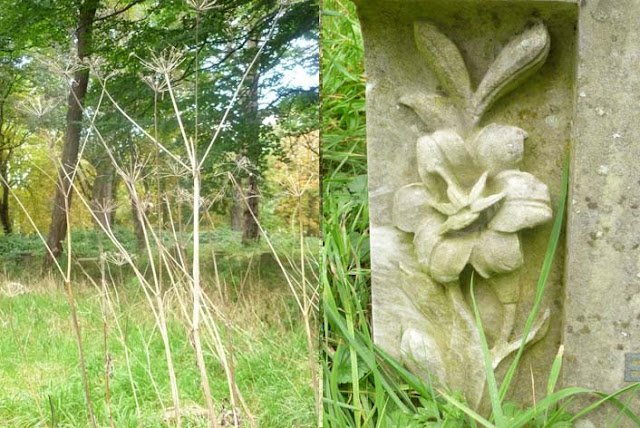 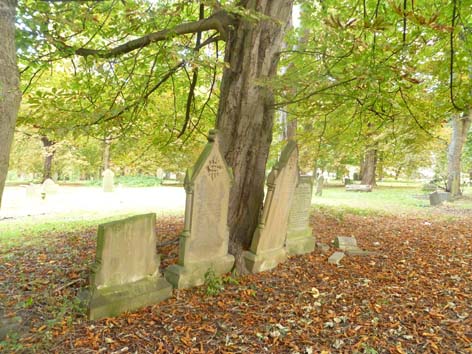 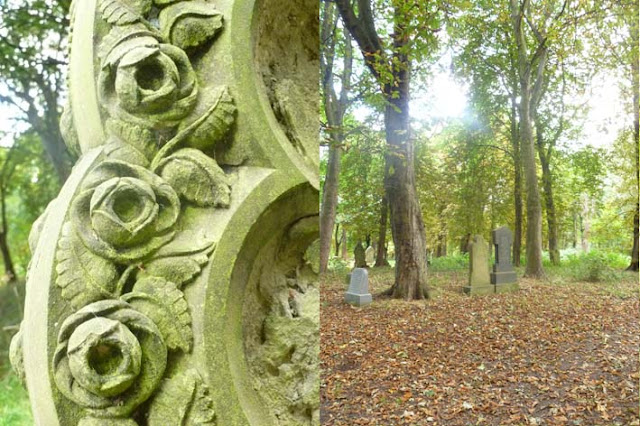 Posted by freckleface at 00:40 0 comments

Email ThisBlogThis!Share to TwitterShare to FacebookShare to Pinterest
Labels: history

My new little friends, just arrived. Does it get any cuter than this?

I hope they settle in easily. They will certainly be in good company. There is a couple more, but they didn't want to have their picture taken today. 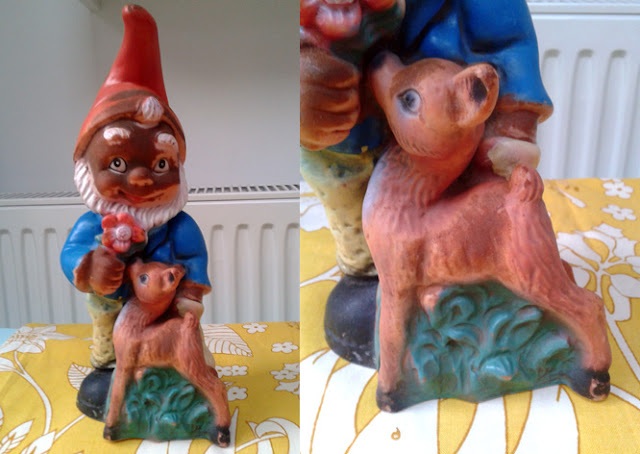 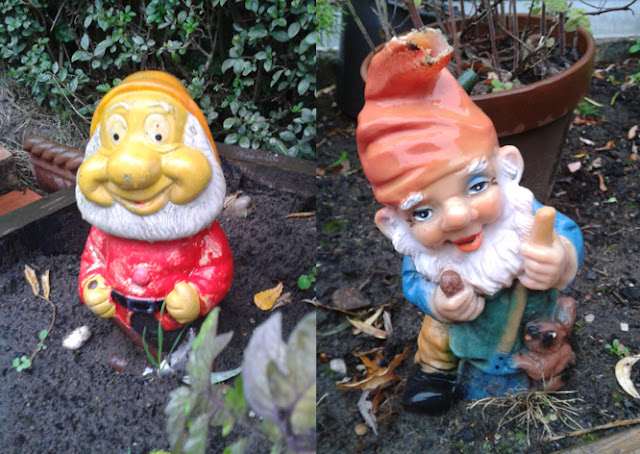 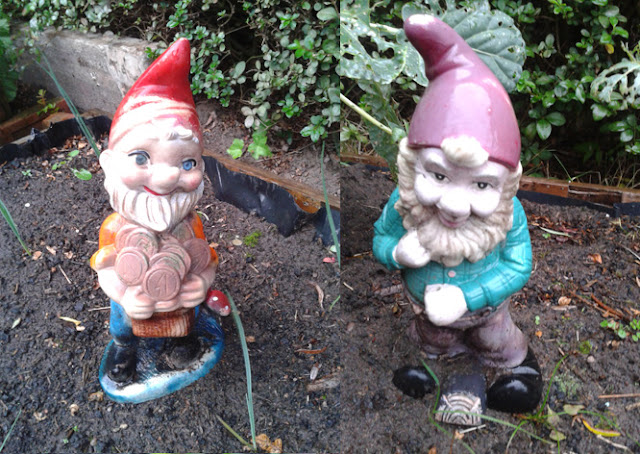 Posted by freckleface at 10:16 0 comments