I came across Vita Sackville-West, the author and gardener, for the first time about thirty years ago when I first started wearing vintage clothes and being interested in historical females who had achieved something in their field. I find I like hearing about history from a female perspective, it's often more interesting. I love reading biographies, and hers was one of the first I picked up.

She led me onto other biographies and people of the time, the first of which was her lover, Violet Trefusis, for whom she briefly left her husband.

I bought this Victorian brown bear's head when I was 19, believing I would one day live in a castle. I named him Sackville. By my early 40s, it had become clear that I was more terraced or semi-detached material, which rarely feature minstrel's galleries, so he went off to live out his days in a stately home in the South West.

Anyway, to come back to the subject in hand, Vita was quite masculine in appearance and liked to dress as a man. This watercolour, by artist unknown, which lives in one of my old sketchbooks, shows Vita in pursuit of Violet. I produced a homage showing me and my cat Wellington. He lived to the ripe old age of 18. 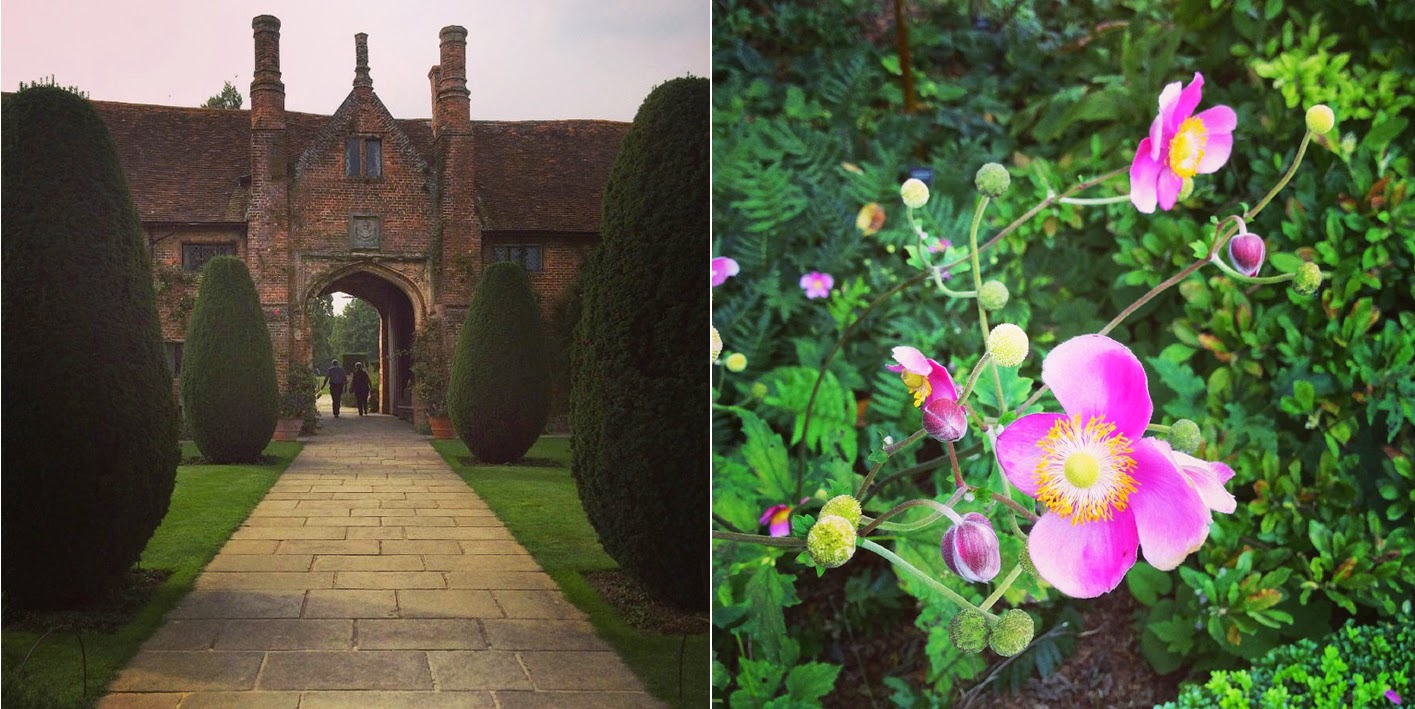 So I think it's fair to say my recent visit to Sissinghurst, the amazing garden Vita built in Kent with her husband Harold Nicholson, has been in the pipeline for quite some time.
It was worth the wait.

Originally I had my doubts about visiting gardens in late September, but I needn't have worried. The weather was extremely kind and the planting is clever enough that there is still plenty of colour. I'm talking dahlias, woodland anenomes, decorative sages, lavenders, black eyed susan vines, roses even. 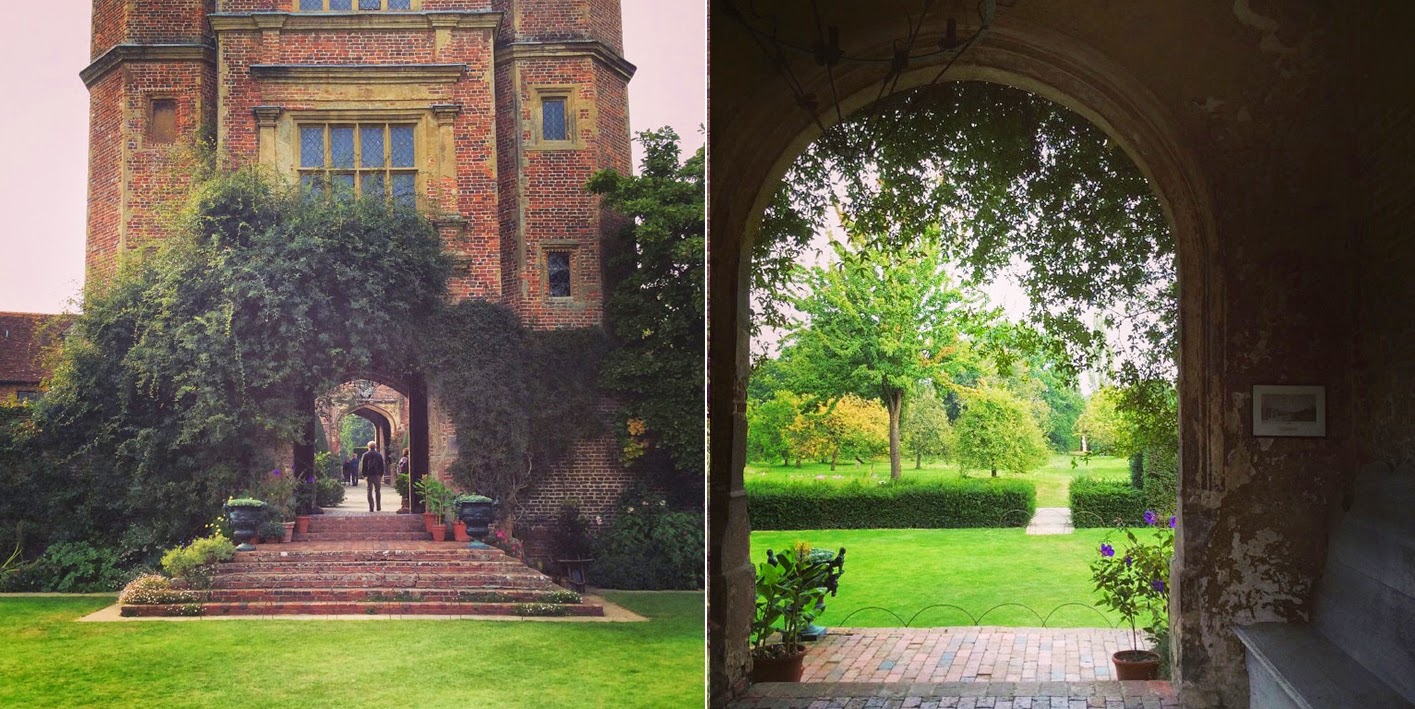 It is actually called Sissinghurst Castle, because that's precisely what it is: the reclaimed ruins of an Elizabethan castle. At one time it was used as a prison for French soldiers captured during the seven years' war. 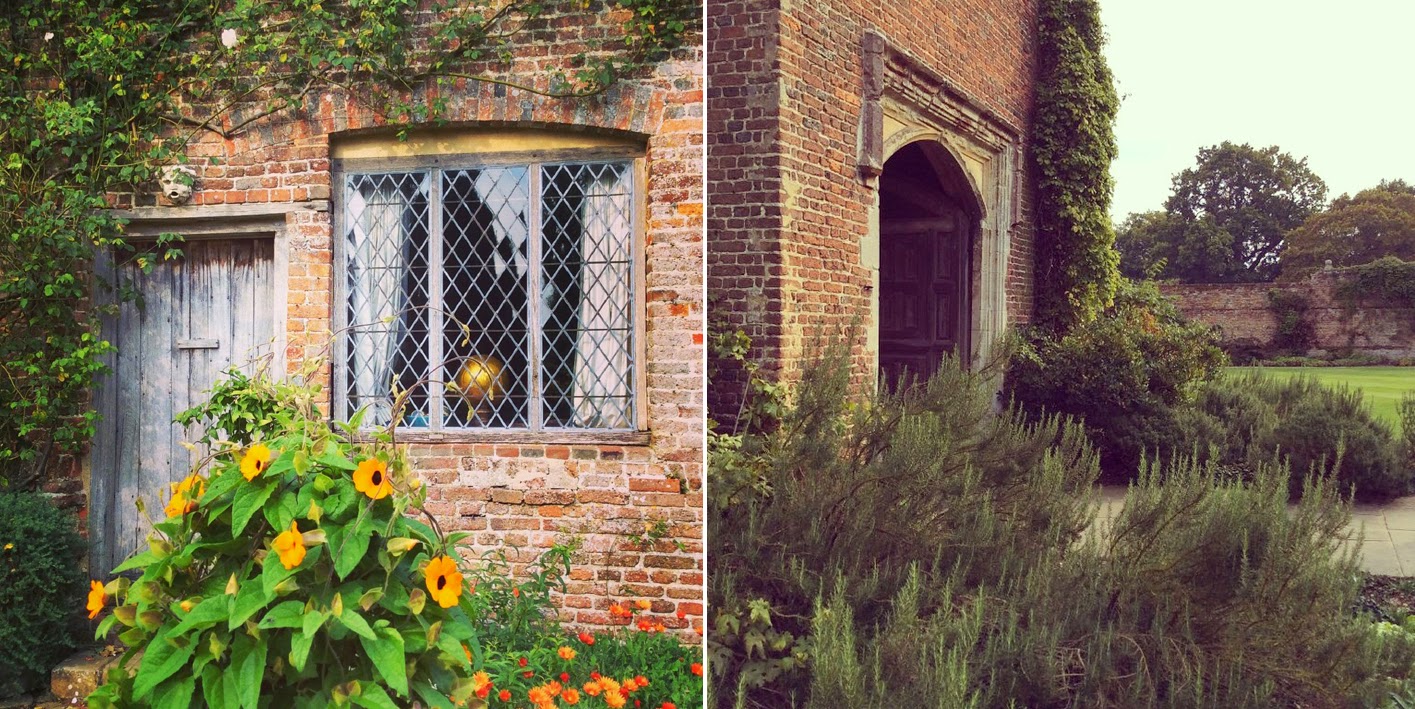 When Vita and her family went to live there, there wasn't a lot remaining, but they lovingly put it back together. In an unconventional arrangement, Vita had her rooms in the tower, Harold had a cottage and their two sons lived in another little house. What a great arrangement!

Posted by freckleface at 09:53 8 comments 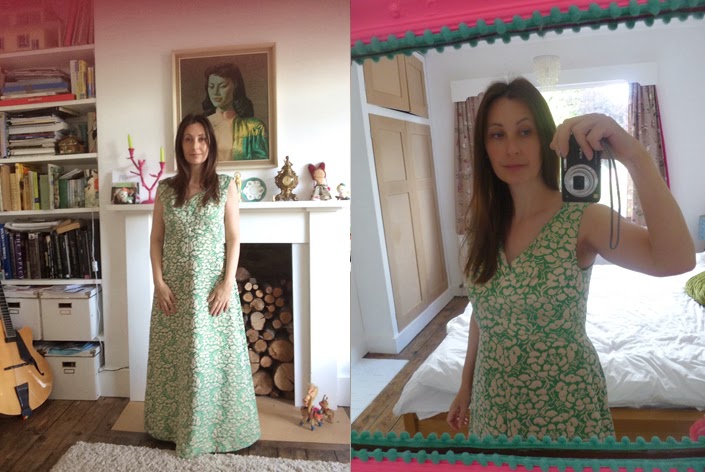 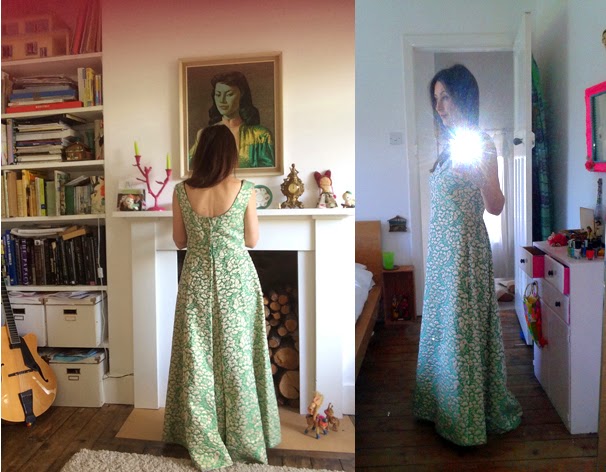 How about you, what's your approach to getting rid of stuff? Got any tips?
Posted by freckleface at 01:16 14 comments

I love to have flowers in the house, and my favourite kind are those collected from the garden.

So at dusk I set out to fill some vases. The nights are drawing in fast now, so by the time I had finished the solar powered exterior fairy lights and Chinese lanterns had come on. 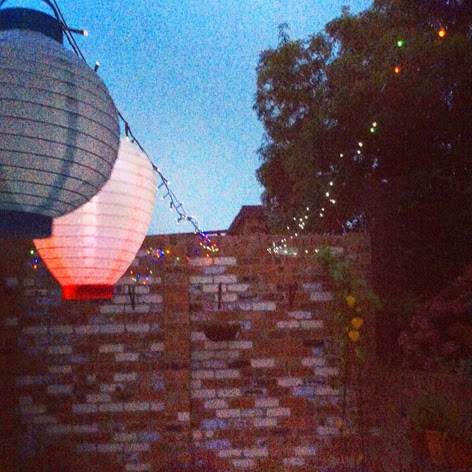 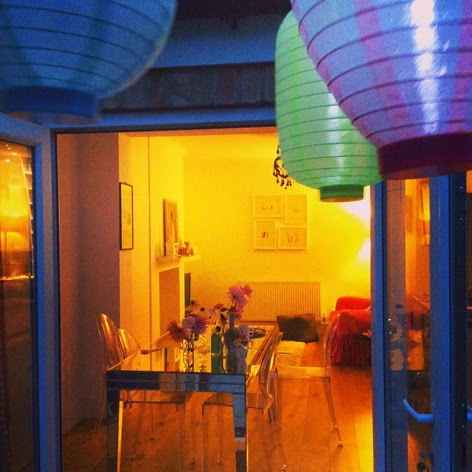 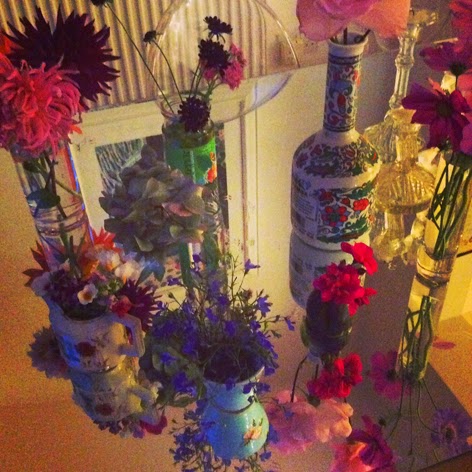 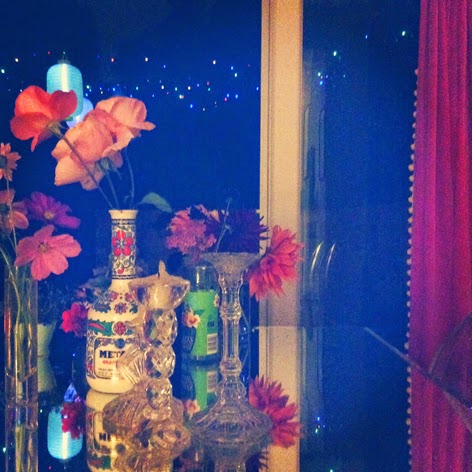 I love twinkly lights outside. It's like dressing the garden with sparkling jewels.

He put up lengths of wire which run the width of our patio, and then we tied solar powered fairy lights to them. When all the lights come on, our back garden and patio look like Las Vegas. 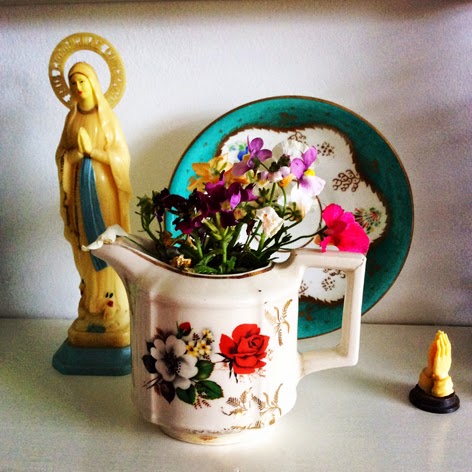 The vases get distributed around the house. This looks a rather holier than thou still life. Or maybe we're all just praying that the lovely late summer weather continues. 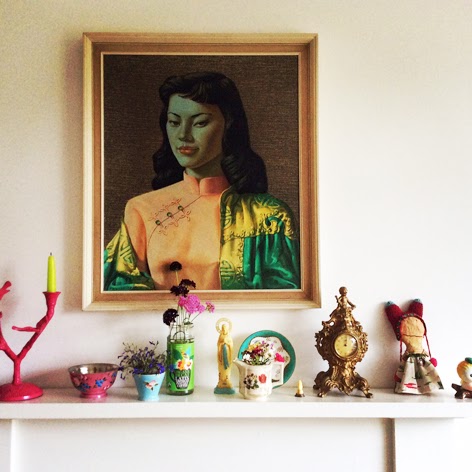 I look at Miss Wong and she looks at me. We never tire of one another. A few weeks ago I had a craft day making this Vix and Dee style lampshade. I have the house to myself today, so I had better go and make the most of it!
Posted by freckleface at 06:21 9 comments

I was the type of child who didn't say all that much, but on the inside I was quite fanciful and spent a lot of time daydreaming and imagining.

I had my future planned out in quite some detail. I was going to be a famous ballerina to begin with, like my heroine, Dame Margot Fonteyn. Then, after a tragic love affair, I was going to retire from public life to live in a tiny cottage in the forest with my faithful dancing bear, Angelina. We would live off berries and fruits which we were able to forage in the forest and hedgerows. I was also very certain that I was going to grow up to be a Princess (Curtise will love this). My full title? Princess Proserpina, after the ancient Roman Goddess.

Precocious? Moi?
Well, I've only got two more things to say. Firstly, thanks to Q for the crumble. It was delicious.

Email ThisBlogThis!Share to TwitterShare to FacebookShare to Pinterest
Labels: a little anecdote, food glorious food, freckleface, freckleface blog, out and about, what i wore
Newer Posts Older Posts Home
Subscribe to: Posts (Atom)