This week I saw this heartbreaking story and picture below. And then we watched The last of the Mohicans. Why do people do this to other people? What makes them think they have the right? The chief Raoni cries when he learns that brazilian president Dilma released the beginning of construction of the hydroelectric plant of Belo Monte, even after tens of thousands of letters and emails addressed to her and which were ignored as the more than 600,000 signatures. That is, the death sentence of the peoples of Great Bend of the Xingu river is enacted. Belo Monte will inundate at least 400,000 hectares of forest, an area bigger than the Panama Canal, thus expelling 40,000 indigenous and local populations and destroying habitat valuable for many species - all to produce electricity at a high social, economic and environmental cost, which could easily be generated with greater investments in energy efficiency.

If there was one song to go with these stories, it would be Soldier Blue by Buffy Sainte Marie. 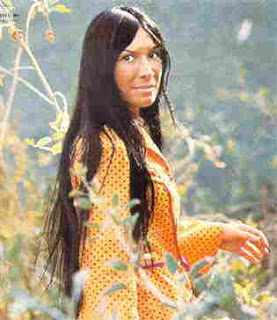 When we were kids, every now and again a film would be sent over from the UK and someone would show it and invite everyone else over. On this occasion it was my parents who showed it. We kids desperately wanted to watch, but for obvious reasons, were not allowed. We played the theme song endlessly and it has always been a favourite.
Posted by freckleface at 09:16

Email ThisBlogThis!Share to TwitterShare to FacebookShare to Pinterest
Labels: history, song for the day