After some years of trial and error, I've come to the conclusion that it is quite simply foolish to spend January and February in the Northern hemisphere. We should all just head south, in search of sunshine.

If for any reason, this isn't possible, I've come up with a pretty good Plan B. 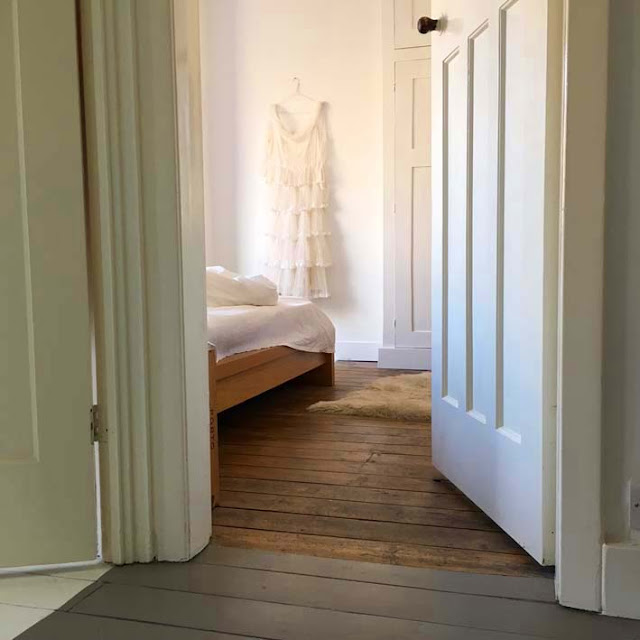 In order to get through British wintertime, I've spent a rather scandalous amount of time in bed, propped up with pillows watching films and catch up TV. And although at times my bedroom has looked like a Tracy Emin installation piece, it has generally been very enjoyable. We had a bed picnic last week with a double episode of Trapped. Felt rather decadent.

So, what films have I watched?

The Danish Girl: lovely interiors, strong female lead and the opportunity for me to say 'I've been there' when they go out into the harbour in Copenhagen. But of course mainly it's about Eddie Redmayne's charachter going through a transformative experience, which I felt was done in a sensitive and credible way. You can see how, once an idea, which might come almost accidentally, is allowed to take hold, it can be very difficult to shake off, and whole lives can change as a result.

The Changeling: Not what I expected, in fact I was quite shocked by several aspects of this true story. I won't give too much detail in case you haven't seen it. If you haven't, but get the chance, then watch it, but prepare to be upset. Angelina Jolie put in a brilliant performance.

Frida: loved everything about this film. The costumes, the depiction of Mexico in the early 20th century and the relationship between Diego and Frida. Makes you think too, about what some people achieve even in a short life, with all the odds against them.

So with that thought in mind, and the first of the Spring sunshine this weekend, I've shifted my backside, got out in the garden and started the post-Winter clear up. It was lovely. Fresh air, sunshine, seeing things come back to life. Good therapy.

Have you seen any good films lately? Please tell me I'm not the only square eyes out there?

Also, what's your favourite season and why?
Posted by freckleface at 15:40

I'm with you on January and February being awful. January is especially dreadful; Vix has the right idea in escaping from it.

My favourite season is Spring. I love warm days, and everything growing. It feels hopeful and full of potential like no other season.

I am a terrible square eyes, though mainly for telly. The thing I've enjoyed most recently was Ash Versus Evil Dead, though I suspect I'll be in a very small group on that one!

Ha, you made me laugh with your eyebrow comment. Yes it's easy to loll around in bed during the winter when it's naffing awful outside.
I'm loving my new tablet which I take to bed and then catch up on all the progs I've missed plus some I didn't know about. (that one about Tinder for instance OMG!) Haven't seen any films recently except Lady in the Van and Untouchable, a French film which I thoroughly recommend. I was also out in the garden at the weekend, doesn't it feel good to put some order back, even after hours up a step ladder hedge cutting. Summer is my favourite season, I hate the cold and just adore feeling the warmth of the sun on my bones....I just feel more alive then.
Btw, I'm SO glad it's not just me, I'm often found bumbling about muttering " Leeevia" Obvs not as barking as I thought!
xxxx

I don't know what it is but OH and I rarely go to the cinema any more. We used to go regularly and then there didn't seem anything worth watching and we simply got out of the habit. Then, more recently, I began to read reviews and see trailers for several films I liked the look of and Frida was one of them.... I used to have about 6 copies of her paintings in my dining room - I don't know what happened to them.

I don't watch films much on TV either as I'm usually reading, but I do have several DVDs bought for me as presents that I must watch; I have no excuses now I'm retired! I'm going to check 'The Changeling' out, too and the Danish Girl.

I love your red maxi skirt; it looks fabulous on you. I'd pass on the monobrow if I was you!

Thanks for the recommendations

Oh. A little peek into your sweet bedroom/movie theatre. So sorry about your frozen shoulder but great comment about the eyebrows. Yes, that is a lovely Frida-esque outfit. That Girl!!! She was really something. But then so are you! Haven't seen anything worth noting. I've been watching mostly old film noir from the late 1940's. The acting is usually horrible and the plot lines are confusing but the style is so wonderful. Shoulder pads, cigarettes and attitude.

It's the only way, escape those wretched dark days and crappy weather and winter doesn't seem half as long.
Loving the Frida tribute, Curtise's skirt is perfect on you. I'm with you on the monobrow, my eyesight has got so bad I can't see anything close-up sans specs - quite nice to be able to ignore the wrinkles and saggy features, though!
Loved Frida, a visual feast as well as a mesmerising tale. We've been ODing on Frank, Chanel 4's subtitled channel. I think we've watched every series so far. I'm loving that Indian Summers is back and am so sad that it's the last Happy Valley tonight. its bad enough that Trapped is all over...we'll just have to have a day out to make up for it! xxxx

Sounds like a properly good plan and a bed picnic is luxurious.
I loved Frida. I watched it afew weeks back and it's glorious. I flippin' glad Madonna didn't get the rights in the end or it would have been a very different film! I watched Coraline, Zombieland and Notorious undisturbed over last week and it felt like a treat.
I'm missing Trapped already. Mind you, I'm still missing The Bridge.
Glad you've got a Frida brow too! I can see nowt without my specs and eybrow plucking is a challenge let's say.
xxxx

Definitely on board when it comes to goggleboxing on the iPad in bed! One of life's little pleasures :). Recently loved Mandela ( Idris Elba is amazing in it as Mandela), Spotlight & Macbeth.
Selma Hayek is great in Frida isn't she? And Kahlo, what an inspiring woman!
Xxxx

You can't beat a duvet day or two. The sofa is my favourite spot with a wooly throw and microwave beanbag.
I've seen Frida so many times our copy is wearing out. I've even got a CD of the music and went to a concert on my own to hear it live. My cyber green beetle is even called Frida and I've seen an exhibition of her work in London. Do you think I'm obsessed Tania haha.
If I want a chuckle I watch a Peter Kay DVD, its the northern sense of humour and the common touch that does it.
As for seasons I guess it would have to be spring for the lighter mornings and autumn for the glorious colours and kicking leaves on a walk
Lynn x x x

A picnic in bed sounds excellent to me. I will be hunkering down soon and catching up on a gazillion movies I have on my external hard drive. That is what Winter is all about, indulging our lazy side on those poopy cold dull days. You should head down to the bottom of the world to NZ and give our summer a good crack one year!!