I've just had a whirlwind few days down in the South West, visiting friends, family and sorting out the last few bits to do with my mum's house before it gets passed on to new owners.

It was a pretty full on schedule and I camped out in an empty house again, but it was lovely to see everyone, albeit briefly and spend time in the country towns and villages of my childhood. 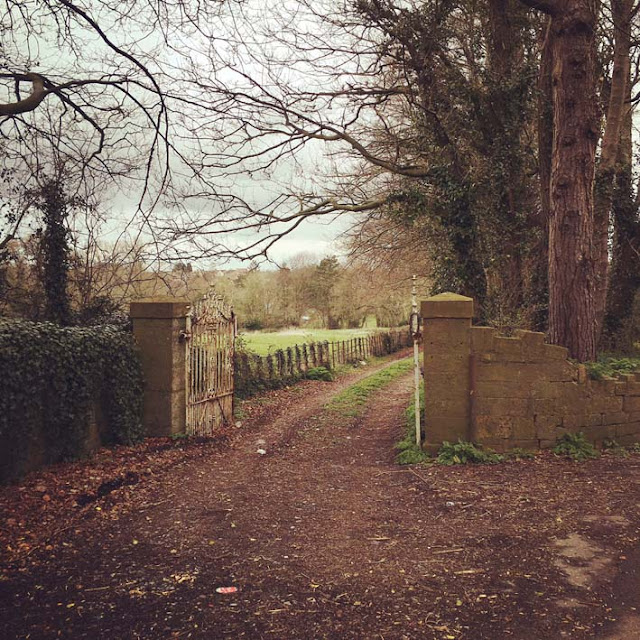 Even though I wasn't staying in Merriott, where the family home was for many years, I always like to drive through, just to check all is well. It's very rural. Not a place in any kind of hurry. People say hello when they pass each other on the street, even if they have never met before.

Most of the village is made up of 17th and 18th century hamstone cottages, hamstone being the local honey coloured stone, quarried at Ham Hill, a place we spent a lot of time running around in during our childhood.

The village is still encircled by working farms so it's quite common to get caught behind a tractor. In years gone by, you'd get stuck behind animals moving from barn to field, but that doesn't happen any more.

Merriott was mentioned in the Domesday book, mainly for its rich agricultural land but also in relation to its mills which produced cloth for sailcloth, including for Nelson's ship, The Victory. This means something to me, as my four times great grandfather fought alongside him in the Battle of Trafalgar.
The next town, Crewkerne also has its connections, as that is where Vice Admiral Hardy of 'Kiss me, Hardy' (or kismet, you choose) fame, went to school.

At one point the village was owned by the family of the ill-fated Lady Jane Grey, but after she was executed, the lands were seized by the crown and redistributed. There was a rumour that our school, not so far away, was haunted by poor old Lady Jane. Who can blame her for not finding peace?


The latest upsetting of the peace relates to Damien Hirst's sister, who has bought the old King's Head pub then shut it and tried to gain change of use to make it into a house. The locals aren't best pleased.

So, do tell, what's it like where you come from? What's great or interesting about it?
Posted by freckleface at 23:47

Email ThisBlogThis!Share to TwitterShare to FacebookShare to Pinterest
Labels: family history, freckleface, freckleface blog, friends, history, out and about

What a beautiful place, and with such a rich history too. You must have had an amazing childhood. My mother grew up in a village pretty similar in looks but in N Yorkshire, so my childhood holidays were spent there, and it was bliss.

Love that last pic, you look so happy!

There's been a lot of pubs in my area going through the same situation, it's pretty shocking if it's a popular pub that was doing good business and ends up being closed for a year or more while they wrangle.

I do love a mullioned window!

Looks like you had a great weekend. Lovely photo of you and Jean xx

What a fascinating read about Merriott, it sounds quite the idyllic place to grow up. Very sad though, no doubt, to be closing up your Mum's house where there will be so many memories. Lovely that you are still close with your ex mother in law but a bugger about the pub. This happened in our village, where we only have the one, a developer bought it and tried to sell it to one of the large supermarket chains. The villagers joined forces and got an Article 4 Direction placed on it to stop change of use. However now she won't sell it as it's not worth what she paid (without commercial use) and it is being vandalised. A sad situation indeed.
Bisous xx

Hello friend!! I love that picture of the gateway...very poetic :)

Augh, I am so opposed to people closing pubs and turning them into housing. Good luck to the locals with their petition. Merriott looks lovely.

It looks so beautiful I want to go there right this minute, I'm sure they'd love me in my leopard print dressing gown!

I grew up living on R.A.F camps so I find myself being nostalgic for the style of house we lived in and the G-plan furniture rather than places. One camp we lived in in Yorkshire was small and in a very beautiful setting I have very fond memories of there. Sadly the last time I visited the R.A.F had long since sold the land to the council who in turn had built a gigantic housing estate which was heartbreaking.

What a beautiful place to come from, Tanya! It looks really idyllic. It's so lovely you're still on good terms with your ex mum in law. I am, too. She was always so good to me and I try to help her as much as I can now she she's so elderly. unfortunately she lives in London and I'm in Bedford....

I grew up in West London - Paddington to be precise, or the poor end of Maida Vale if you prefer. We grew up in the basement flat of a Victorian house; 3 rooms, no bath, hot water or inside toilet. Those houses now retail for between 2.5 to 3.5 million!

Have a great week

Hi Tanya,
Merriott looks like something out of a fairy tale to me (or an episode of "Escape to the Country"!).
I live in one of the oldest suburbs in Perth, close to the city on the banks of the Swan River. It's not fancy but we like it like that. Unfortunately this is all about to change as it has been earmarked for re-development. In the last year three big ugly apartment blocks have been erected :(
Now you know I like my Brutalist architecture but these monstrosities would leave even the loyalist fan of concrete cold!
I think the architects responsible must've got their degrees out of a Cornflake's box!
x

What a beautiful place to live. It reminds me of the stonework of the houses near my sister Jill in Witney, Oxford.
Up north we are either red brick or dark stone terraced. We are still outsiders in our village as we have only been here 26 years. You have to have been born and bred in Whitworth to be called local. Its a funny place as it has no centre, the shops are spread out on one road over a mile apart, so if you want the post office and the butchers you need to be in the car or on the bus. In between them you have a Co-op and a mini Tesco as well as a great charity shop which is always rammed with stuff as there isnt another for miles.
I read in the local rag this week that if you wanted a bit of cannabis our local chippy have been growing their own haha. He got a suspended sentence and his legs slapped. We all just laughed as he is such a nice chap and his chips are good.
Lynn xxx