I arrived down at my Mum's on Friday for my regular weekend and went into my bedroom (which is also my younger sister's bedroom when she goes down for her regular weekends). The first thing I saw was this photo, an old black and white framed photo, propped up on the side. It was love at first sight, and I wondered where it had come from. Could it have been brought down from the loft and discarded, in which case it was a family heirloom, obviously not wanted by my sister, and therefore mine for the taking?
The more I looked at it, the more I wanted it. 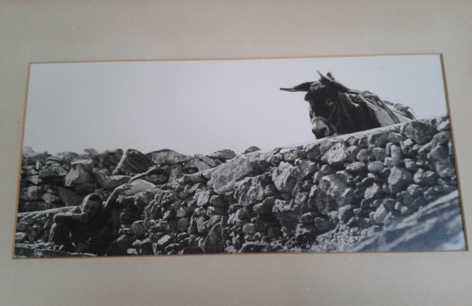 Anyway, later on that evening, I was speaking to my sister on the phone and I casually mentioned the photo.
'It's mine' she said 'hands off'. Darn. I told her I was thinking of nicking it and she said, 'don't you dare'.
It turned out she had bought it in one of the local charity shops for £2.00. Two pounds.
So we talked a bit around it, me saying how good it would look in my house, her laughing at me.
But then she came back with a proposition. If I could swap it for something equally good, I could have it.
Oooooh. Game on.
So the next day I wandered into town and looked in the charity shops. I came across this amazing black and white framed photo of the church of St Francis of Assisi, in Assisi, Italy. It was dramatic and well shot, and I loved the two ladies all in black mounting the stairs.
I took a photo on my phone and sent it to her. She thought about it for a while. 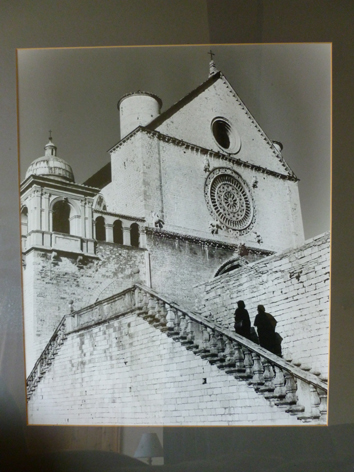 And then she came back to me. The deal was on.
I am really pleased with my photo. I love the poignant story contained within it; the little boy holding  onto his lunch, getting some shade from the fierce sun, and the sweet-faced donkey looking over the wall to see what he is up to. I imagine it is in Sardinia or Crete or somewhere like that, where people get up at dawn to work the heat-baked land and eat simple home grown vegetables which taste of sunshine. 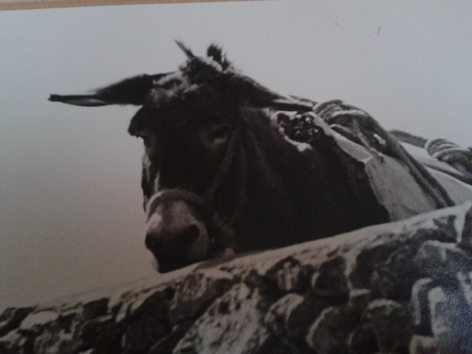 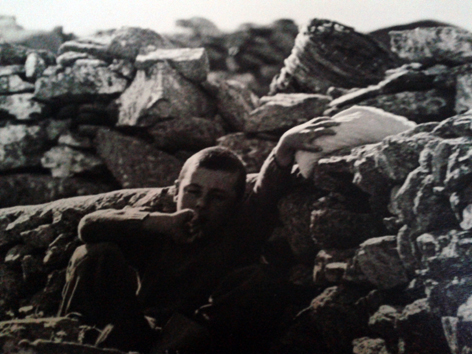 The only problem is, I also rather fell in love with the other photo. I had them placed together all weekend and thought they looked so fine. I began to wonder about the two women dressed in black. Were they widows or maybe in mourning for a family member, or simply devout? I imagined their homes, simply furnished and scrubbed clean, with brightly coloured flowers growing in old olive oil tubs outside, and elderly relatives sitting on benches in the cool of the evening, sharing news and chivvying the children. 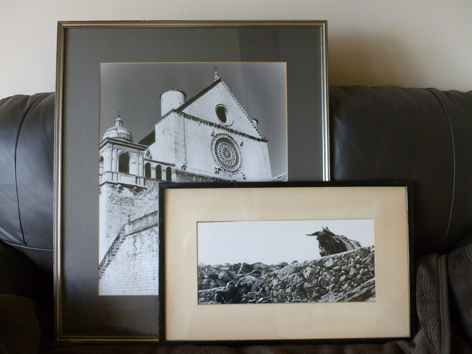 But you know what, a deal is a deal is a deal! Yes, it's a deal. So now I am looking forward to seeing what the Church picture looks like in my sister's flat. I am sure it will look fantastic!
Posted by freckleface at 01:38

Email ThisBlogThis!Share to TwitterShare to FacebookShare to Pinterest
Labels: a little anecdote