About fifteen or sixteen years ago, we had a Swedish friend living in Nottingham. She told us that Midsummer was celebrated by everyone in Scandinavia, so when Midsummer dawned bright and sunny, we decided to throw an impromptu party in her honour. It was one of those idyllic, perfect, spontaneous evenings where we brought a few people together who all hit it off, and we drank, ate and laughed into the early hours of the morning.
Time passed and Anna left the UK, but every year wherever in the world she was, in memory of that evening, we sent a message to wish each other 'Happy Midsummer'.
A few weeks ago, she sent a message saying she thought she might come over for a few days to visit us for Midsummer. I said to her, 'Do you want to chill or party?' The message came straight back. 'I think...party!'

She arrived on the Thursday night, so we had a practice session, eating and drinking outside until it went dark. 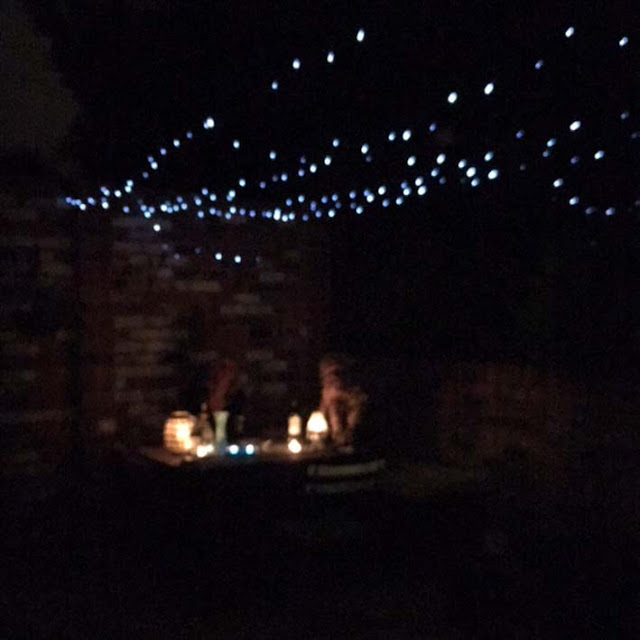 The next day at brunch, Anna mentioned a great day out she remembered with us, her and our friend from Israel, so we decided to revisit Cromford Mills, built by Richard Arkwright, a pioneer in the Industrial revolution.

After a whirlwind trip, we whizzed home in my new car, which I've named Blanche Dubois, because although she looks beautiful, there's all sorts of problems under the surface. 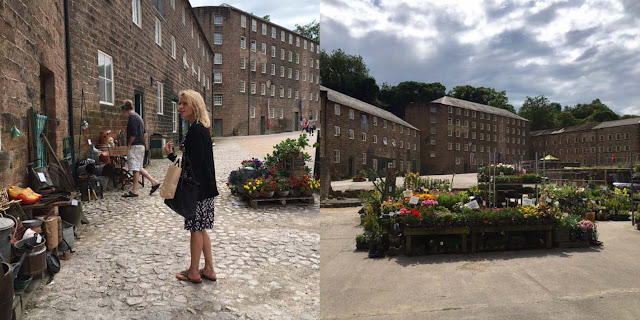 It was time to party! I have to confess, I never felt less like it, since it was the day after the referendum in the UK, but if you can't celebrate, at least you can drown your sorrows with friends.

Thankfully the almost incessant rain we had in June stopped for a day in order to allow us to sit outside. Phew. I was so busy plying people with food and drink that I forgot to take any photos. Fortunately Anna took one of me and my adorable friend, Varanya.

The next day we met up briefly with my little sis who was in Nottingham for the day, went into town, got home in time for our lovely friend Angela to visit and then went out for a meal and to the pub, where we were the last ones to leave. 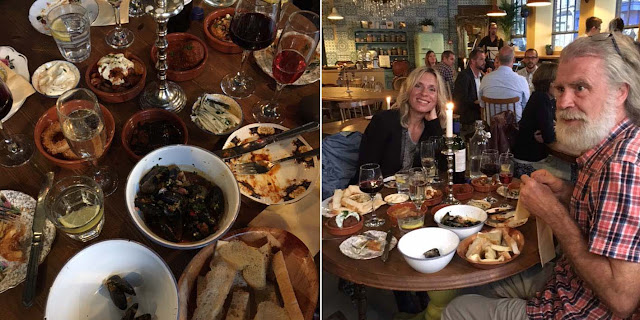 By day 4, when we took Anna back to the station to get her train down to the airport, after three nights of partying, we were all pretty much broken. There was just enough energy for a quick group selfie.

We called it the selfie of pain. :D

God, we had SO much fun. Let's do it all again next year! 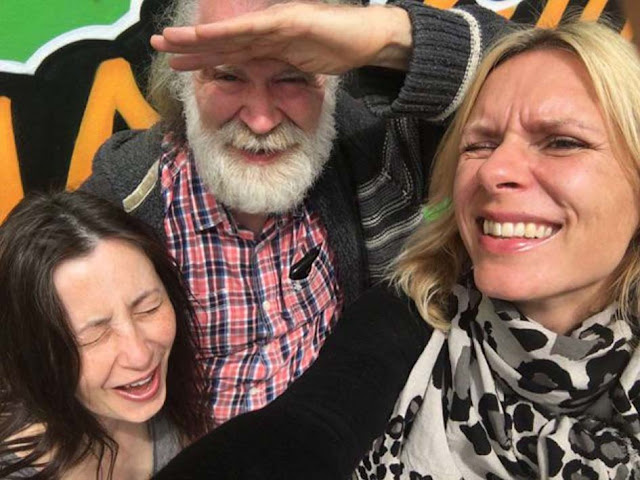 Posted by freckleface at 08:18

Email ThisBlogThis!Share to TwitterShare to FacebookShare to Pinterest
Labels: freckleface, freckleface blog, friends, out and about, The home front, what i wore

What a lovely lovely post, it made me beam! I love that you re-created the party, AND midsummer, the best time of year because it's my birthday too haha! My mum always tells the story that when my dad was driving us home from the hospital, he said 'look they've lit the bonfires for Diana's arrival' - I was yet to get my nickname! In Ireland midsummer is huge, lots of leaping over bonfires goes on - maybe you could try that next year ;)
Even if you didn't feel much like partying it was probably the best time to have one - at least you'll remember that above everything else. XXX


That sounds like a marvellous party! I've always thought our Scandinavian cousins were right to celebrate Midsummer and it's about time we celebrated it here. Hopefully, you'll set a new trend! You trendsetter, you!

I love your sheet dress and crimplene maxi - it would be great to be taller, so anything that gives that illusion is fine by me.

It's funny, in some of the photos your hair looks black and in some brown...

Have a lovely week
xxxx


Blanche Du Bois is a perfect name but what a shame the new car is giving you trouble.

I do believe that you are a professional party-er. Anyone who has a practice party for the party is my kind of girl. But then, I already knew that you were my kind of girl. I love your lengthening maxi. It is very Mrs. Robinson, the hostess with the mostest. And it goes quite well with Blanche DuBois. Such a great name!! Mid sommer is a big deal where I grew up. Lots of bonfires, lots of booze consumed, lots of sunburns and hangovers. I am so happy that you are keeping this tradition and looking like a goddess all the while. Skal!!

What a lovely tradition to remember and celebrate especially as you are Titania, ,Queen of the Fairies . Anna looked like she had a wonderful stay; it was great to meet up with the two of you ( fleetingly) on my day in Nottingham .
That new dress looks so glamorous on you xxxx

I contemplated a midsummer soirée the week before when I had eight days off work....but it pissed down every day, so that plan was hastily shelved...maybe next year? Glad the weather was good for you.... haven't you got a glamorous and exotic set of friends?? I bet you had a fab time, especially after a practise session! Sorry to hear your new motor is giving you trouble, but I love the name.xx

What a lovely party! And could there be a better way to stick two fingers up at Brexit than by hosting a Swedish celebration?

That purple dress does indeed make you look tall, and the colour really suits you.

What a gorgeous, gorgeous post! I do love that the Swedes celebrate Midsummer as they do...I usually have a fire but I think I should be more Scandi in my partying! Talking of partying, you do it so well...it all looks wonderful.
Love your sheet dress and your purple number is knockout.
xxxx

Pretty impressed with your sheet frock, looks perfect. Oh and you do look tall in the purple one, I need one that makes me slimmer, HA! How awesome having a mid summer party, we always talk about having a mid winter dinner here. Maybe I should flag that and go for a mid summer one when it comes back.

Looks and sounds like a marvelous party! Midsummer was never really celebrated in America when I lived there. I do not believe that it is here in Germany either :) but I am not sure.