We visited our friend A in Sweden last year and stayed in her adorable little apartment which she shares with her Maine Coon cat, Osheri and her man. 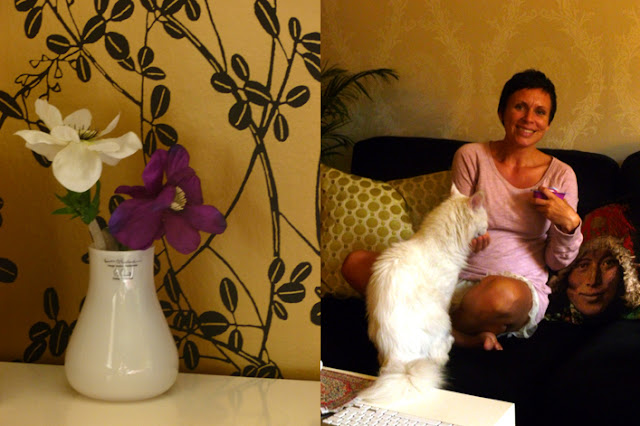 She bought the apartment from a man she worked for. Initially, when she first moved to the city, she drove a tractor for him but then he asked her to clear out this apartment which had been in his family since it was built in the 1940s. It had been full to the brim of stuff, apparently you couldn't even get in the front door without having to get rid of things. I think she said she spent about two weeks just getting rid of telephone directories. Once it was cleared he asked her if she wanted to buy it. 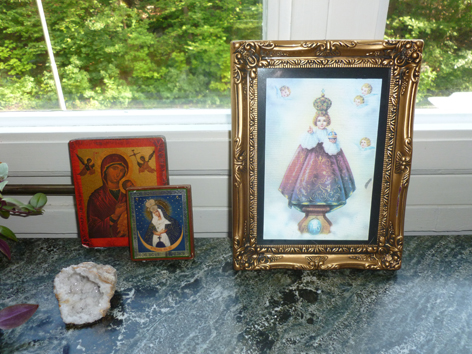 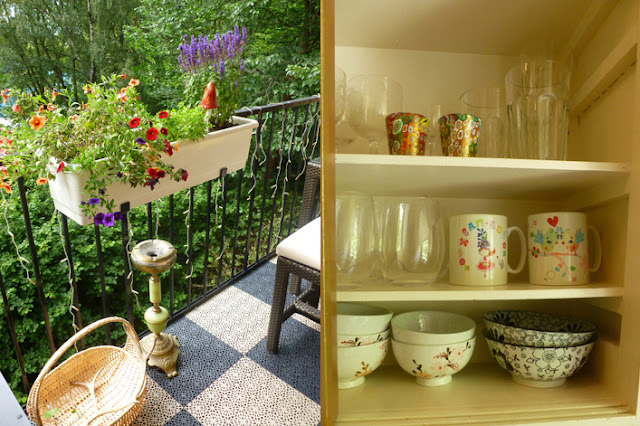 A is the kind of person who things happen to, because she has the most open attitude of anyone I know. Adventures and people gravitate towards her. She has been globe-trotting since she was 16, working on a farm in India, singing in a karaoke bar in Japan (most popular request: Abba), walking through the desert in Morocco, learning Hebrew in Israel. Now she runs a healing school. 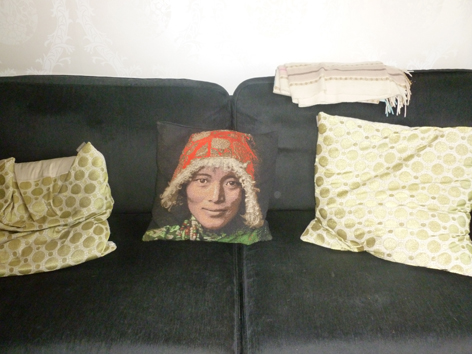 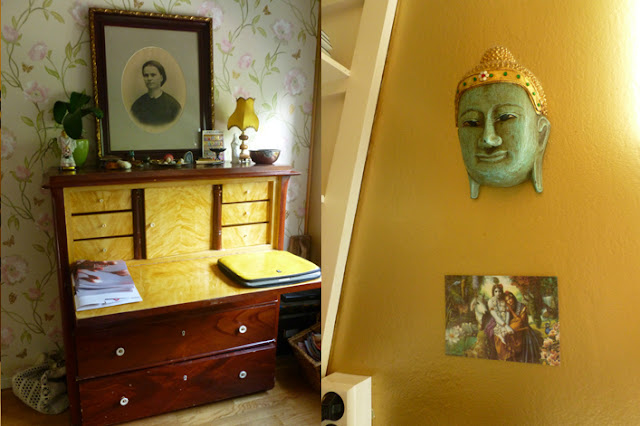 Some of her treasures were inherited from her Grandmother.

Posted by freckleface at 23:46

Nice seeing Australia centre-stage in that (lovely) pic of the vintage globe!

p.s. our local library did not have one single novel by Lisa St Aubin on its shelves!!! Will have to look further afield.

;) that's funny, I hadn't even noticed that. Well spotted Miss Down Under!

That doesn't surprise me actually, she can be a bit hard to track down. How fantastic that you remembered to look!

Nice to spot two freckleface mugs in her kitchen cupboard! Love her flat. I wonder if she would mind me moving in immediately? :) xx

Cor, you've got eagle eyes too! Well done! Yes, I inflict them on everyone I go to stay with. ;) xx

What a lovely post about a dear friend and her beautiful flat. I love homes which reflect the owner's life and personality.
Gorgeous painting in the last photo. xxxx

Gorgeous gorgeous flat. What a lucky lady, maybe keeping an open mind is the answer and the universe will provide or at least point you in the right direction.

Omg, the way you describe her - who wouldn't want to be her friend?! What an amazing spirit (good taste, too!).

Wonderful blog you have!!!

What a peaceful, eclectic and well-loved place to enjoy life and friends!

A sounds like a treasure!
O, Sweden, I'd love to go there! how was the food?? It's seems quite interesting.I'm slightly obsessed with Swedish blogs!

Now, the thingy I stick in my hair, darling, is a sausage made of tights hot glued onto a hairclip! My hair is very fine, and just won't do the big hair I dream about, so I pad it! I'm a cheatery tart, o yes, but it's so worth it!