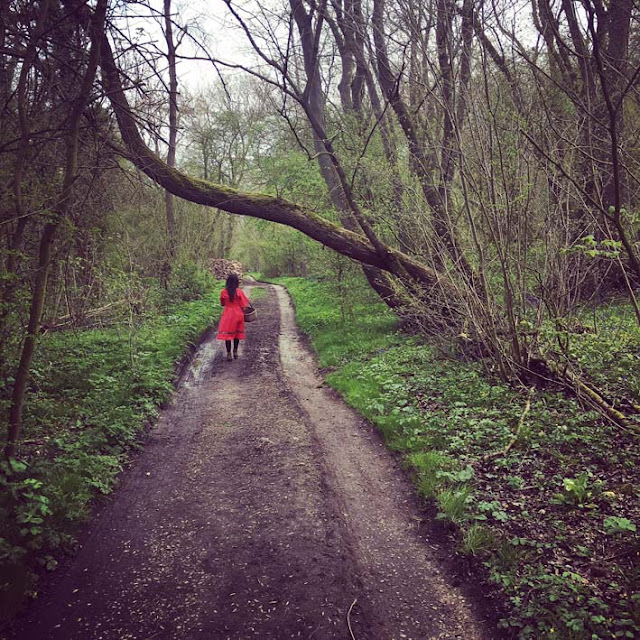 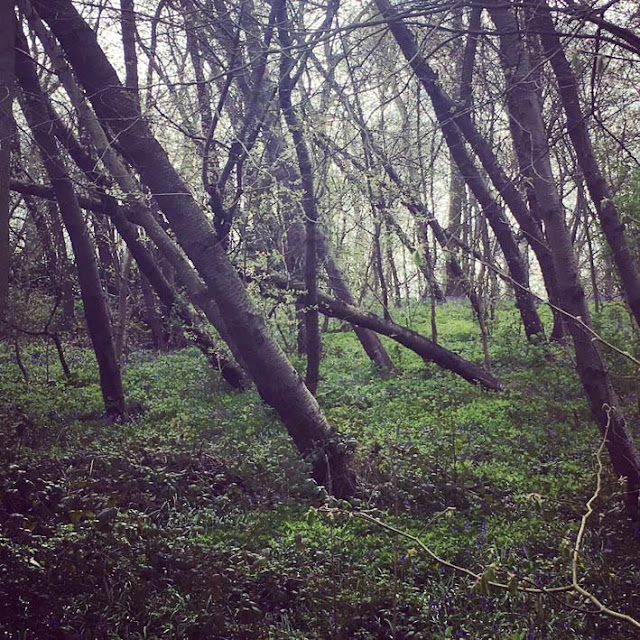 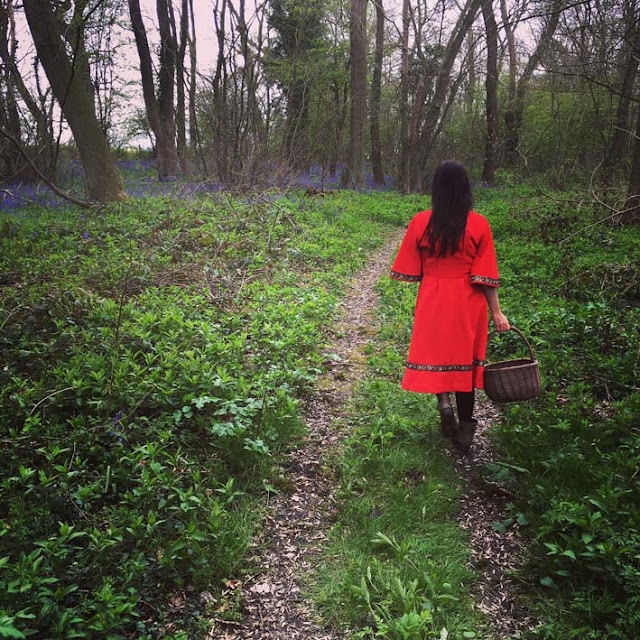 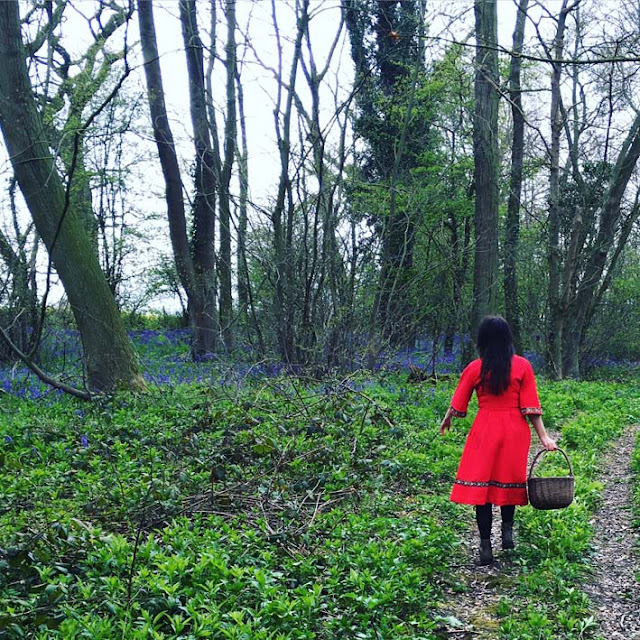 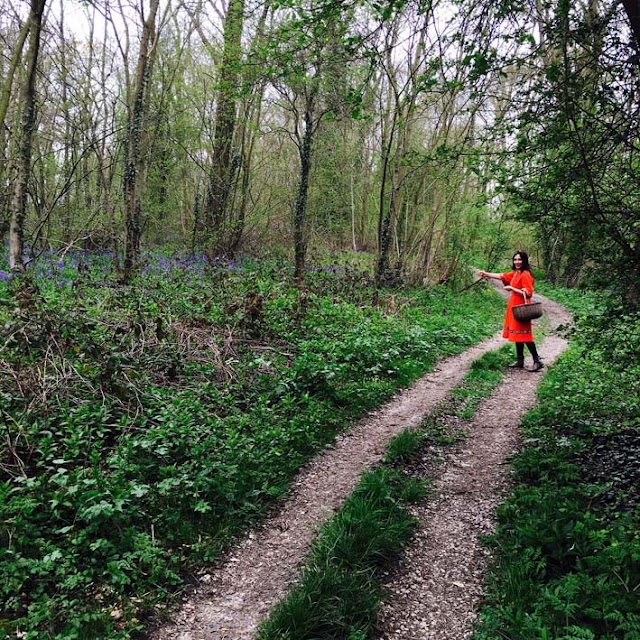 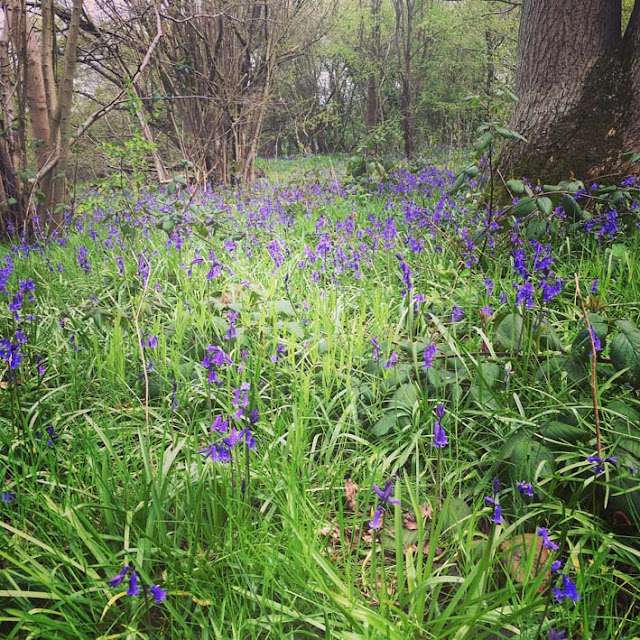 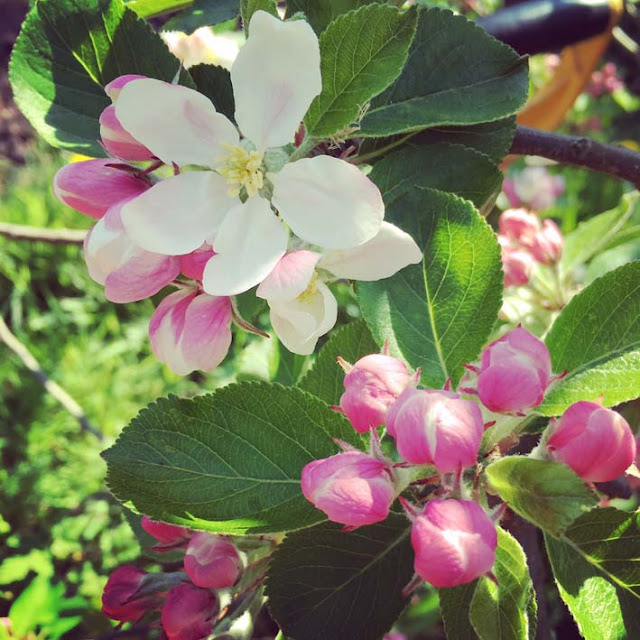 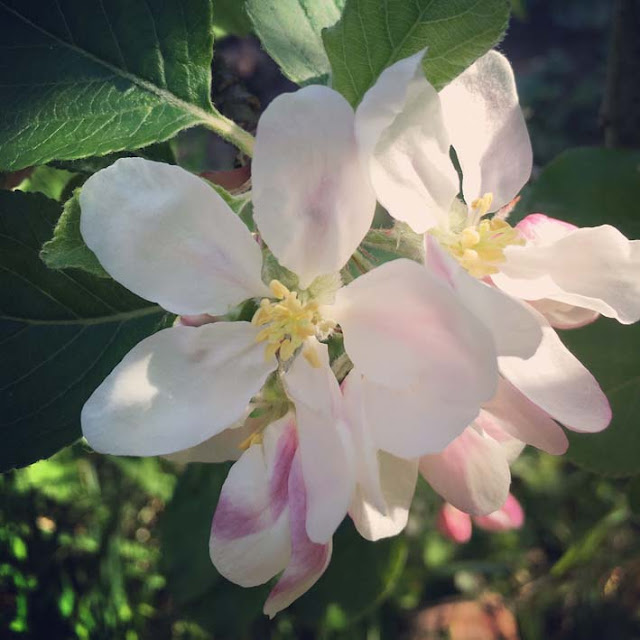 I hear we have summer again tomorrow. Bring it on I say!
Posted by freckleface at 03:34

Email ThisBlogThis!Share to TwitterShare to FacebookShare to Pinterest
Labels: flowers, freckleface, freckleface blog, out and about, what i wore

No! Keep the frock, it's a beauty. So is that last pic of the blossom, the pink is so delicate. I've been out snapping too, I'll get around to blogging them sooner or later. x

I so wish you had been at our caravan you would have loved it Tania. The whole wooded area which surrounds us was awash with bluebells. I couldn't take my eyes of them.
I'm with you on the living in a forest, far more interesting than watching the sea roll in and out. You look such a lovely picture in your red frock and it should definitely be a keeper.
Thank you once again for my fabulous goodie box. I am very impressed that you have grown the lavender yourselves, its wonderful.
Philip won't leave my chocolates alone, they are real yummy.
thank you, thank you, thank you
Lots of love LYnn & Philip xxx

I enjoyed my journey into the woods with you . . . so cool and pretty and yes, you did look like Little Red Riding Hood :)

What a lovely thing to go hunting for. So glad you tracked them down; you are a splash of marvellous colour too xx

I've never seen anyone look less like a boil in the bag chicken! Definitely Little Red Riding Hood. What a fab dress - do keep it.

Your woods are lovely and the bluebells are beautiful. They seem to be lasting longer this year. I'm sure they were all finished by the end of April last year...

Today when out walking I've seen Horse Chestnut candles; Lilac - oh the scent was gorgeous and white and mauve lilies.

We always knew you were a little wood nymph. Now it is official! Hunting for Bluebells in Bunny Wood. Oh Tania. You are living a real live fairy tale!!! Such beautiful photos.

Love the dress (a lot!), bluebells and Bunny Wood (its name alone is enough) x

Bunny Woods sounds lovely, and it's even nicer with bluebells.

That dress is definitely a keeper.

Those photos are the stuff of dreams! I did think Red Riding Hood. I could live in the woods you described, as long as there was a golden sand beach to visit near by. I want you to rule the world and I will second your suggestion at sun during the day and rain ONLY at night for exactly the same reasons. I have woken to a dull looking day, I think it will rain. Obviously I will have to wear something gorgeous and bright to chase the dullness in the day away. Have fun with your allotment again, gardening is such good therapy. Thanks for taking me for a walk among the bluebells.